The Housing Court is a layer of protection for women who rent. MA has adopted the key provisions of the federal Violence Against Women Act (VAWA) and parts are related to issues with landlords. Housing Courts are where women can enforce these protections. The Housing Court has judges and staff with expertise in housing law and who are trained to provide tenants and landlords with a fair court process. Both landlords and tenants can access the resources that only Housing Courts have, including the Tenancy Preservation Program, Lawyer for the Day Programs and Housing Specialists. Homeless can be prevented and municipalities can address serious housing and health code violations efficiently and effectively.
Currently, one -third of the state’s population does not have access to Housing Court, including Barnstable, Dukes and Nantucket counties.
An attempt was made to include funding for these courts in the budget this year.
Due to the extreme budgetary constraints this year, no housing court expansion budget amendment was filed in the House as part of the FY18 budget. Representative Walsh and Representative Donato are working on advancing the housing court expansion as legislation (House) H978 and (Senate) S946.
The Cape Cod and Islands Commission on the Status of Women is among many organizations that now support the bills that are being filed. We are asking you to contact your legislators, see details below under "Next Steps."

This information is from Greater Boston Legal Services, in the form of advice for victims of domestic Violence:


From Annette R. Duke, Esq.,Housing Attorney,Massachusetts Law Reform Institute:
(Find your legislators here, after typing your info into the search form, at the bottom of the list under "District Representatives" click on the link for your State Representative and State Senator)

Thank you again for all of your work. We will get all a Housing Court for all in Massachusetts. It is just taking longer than we hoped. 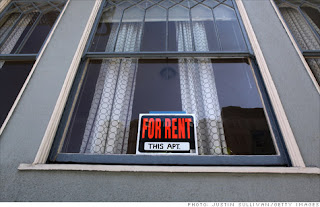