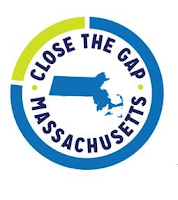 BOSTON – On Thursday, July 14th, the Massachusetts House of Representatives overwhelmingly passed H.4509, An Act to Establish Pay Equity by a vote of 158-0.

Massachusetts was the first state to pass an Equal Pay law in 1945 and members of the legislature have been filing a bill since 1998 to fill gaps in this law. With today’s passage, the Commonwealth can now celebrate passing the most comprehensive pay equity legislation in the country. The bill aims to tackle the gender wage gap that currently affects women in Massachusetts: on average, they make 82 cents to every dollar their male counterparts earn – African American women earn 67 cents and Latina women earn 58 cent to their male counterparts.

The pay equity bill will help address the gender wage gap by providing a more comprehensive definition of comparable work – the most inclusive out of the 23 states in the United States that have such a definition in their books. The bill allows employees to discuss their salaries without the threat of retaliation from their employer and bans the practice of requiring salary history on job applications before a job offer is made.  The bill also encourages employers to evaluate their own pay practices and implement changes to end pay disparities voluntarily.  These four components make the bill amenable to businesses and employees alike.

The establishment of these practices will help women in Massachusetts reach their true earnings potential in the workplace and help lift women and families out of poverty. Overall, the bill is good for women, good for families and good for business and the economy.

“Today is a historic day in Massachusetts and I would like to thank our legislative leaders in both the House and the Senate for recognizing the importance of working towards closing the gender wage gap. This bill supports working families, communities, and companies by ensuring equal pay for women and men.  It will make Massachusetts more competitive in a global marketplace” said Victoria Budson, Chair of the Massachusetts Commission on the Status of Women.

“The Women’s Bar Association (WBA) of Massachusetts was proud to work as part of the Equal Pay Coalition to advance this bill. The WBA is dedicated to the full and equal participation of women in Massachusetts and this legislation brings us one step closer to achieving equality in the workplace and economic security for women and families across the Commonwealth,” said Kristin Shirahama, President of WBA.

“The Massachusetts Chapter of the National Organization for Women (Mass NOW) is thrilled that Massachusetts is leading on the critical issue of equal pay. We look forward to the day that everyone who identifies as a woman around the country having as much equality as we do in Massachusetts” says Sasha Goodfriend, Co-President of Mass NOW.

The bill now goes to a conference committee to work out the differences between the House and Senate versions before a final vote in both chambers.

###
The Equal Pay Coalition is a coalition of non-profits, unions and other organizations hoping to eliminate the wage gap for women and people of color and they have been working on passing this legislation since the beginning of the 2015-2016 legislative session.